Here are the resulting collective improvisations:

So, we want to work with sound as a means of building a culturally sustainable collective, and we want to do it in an open, intuitive, sufficiently challenging, though comfortable way. This workshop is designed for groups of adults and young adults. It is aiming at providing the group with tools and methods for building the collective through non-verbal means.

The workshop is intended to be a supplement to contexts where people are working with new ways of living, towards economical, ecological and social sustainability. This might be in connection with conferences, festivals, theme days in education, or seminars in organisations.

Expressing ourselves in sound is one of our most efficient modalities to reach out to each other, and to try to understand each other’s worlds.  But there is no sound without movement. This is true on a fundamentally physical level. It is also true on what we could call a meta level. When we are  expressing emotional content, we are imitating physical movement with our voices.

Therefore, we want to start with gesture. We want to explore gesture as something that members of the group are already using as a means of expression in their everyday lives. And we want to experiment with ways of imitating our gestures through sound.

If there are enough people, a possible variation is to have a group of “musicians” adding new sounds from the homemade instruments, according to the movements of the gesture group.

See an example of a street performance using a similar approach, in Cali, Colombia, here. 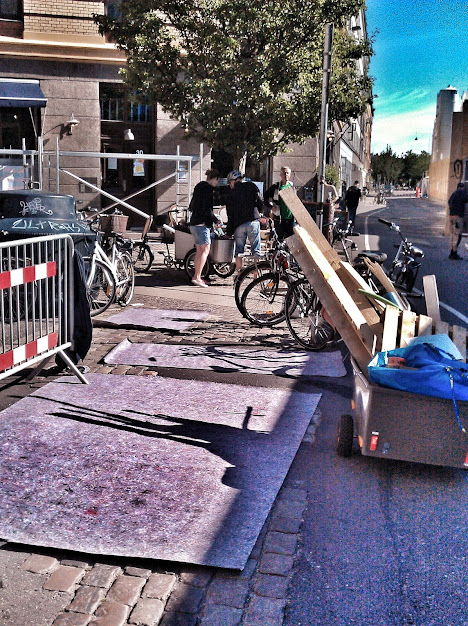 The street dressed for the streetstrument workshop 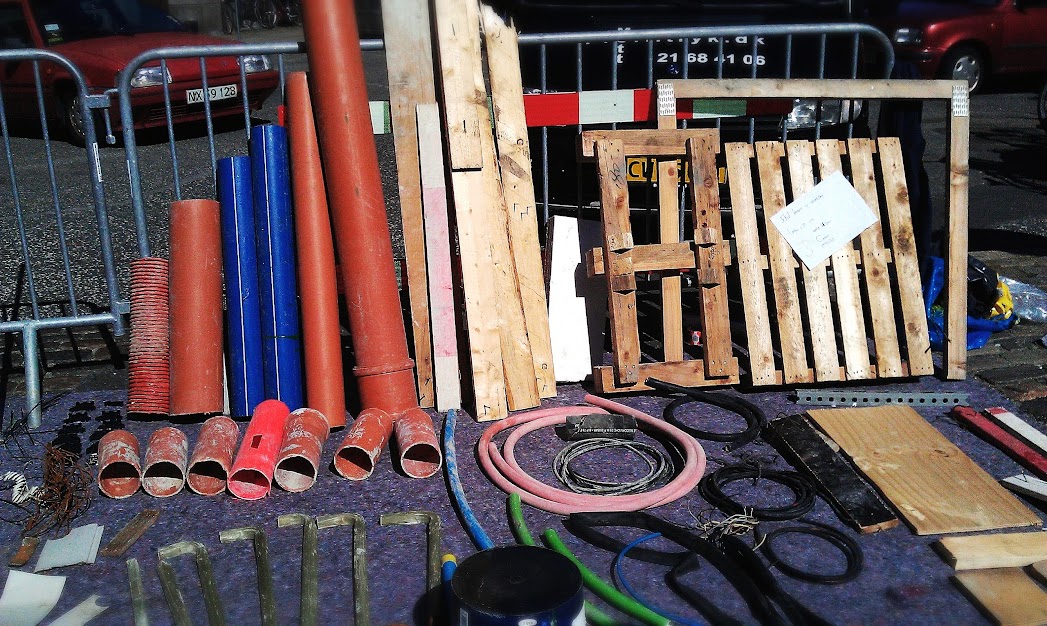 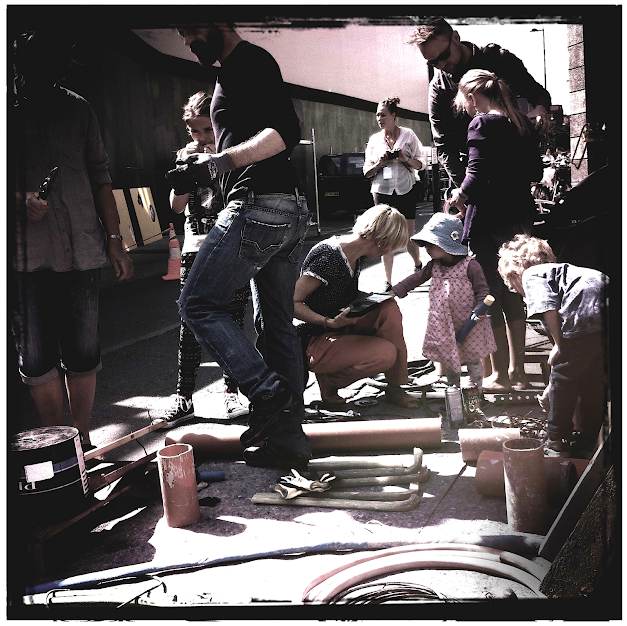 The participants are constructing streetstruments 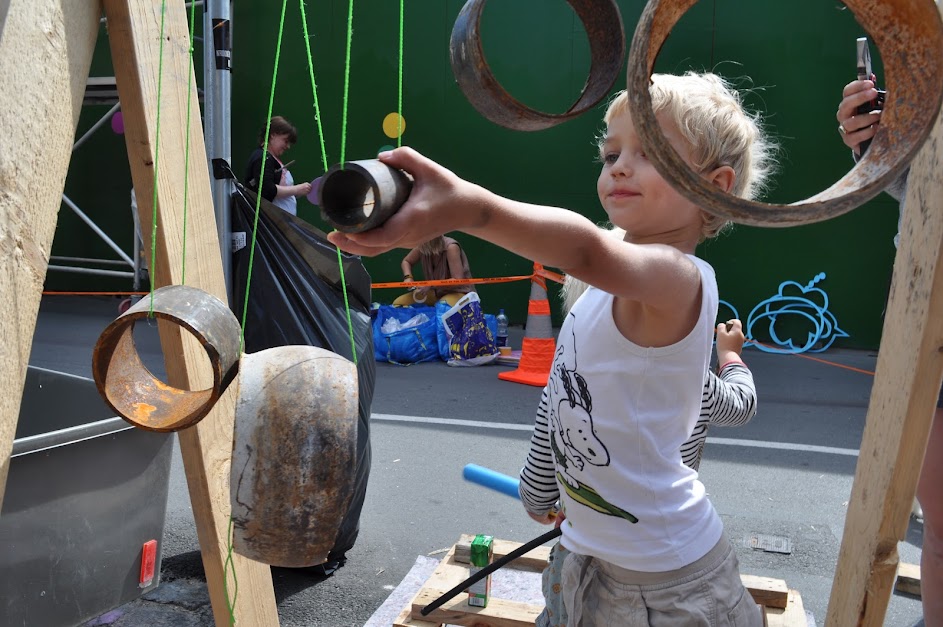 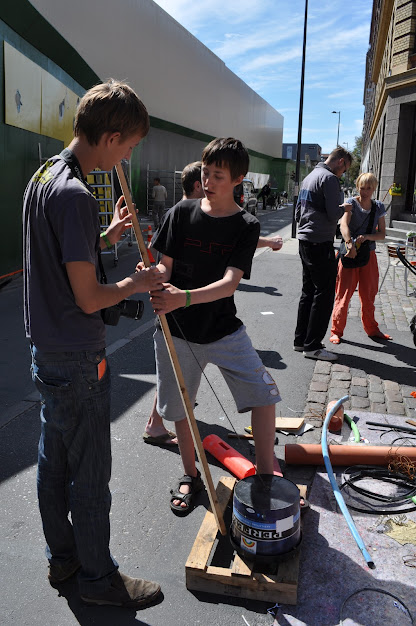 After the workshops: The streetstruments are left in their street, inspiring passers by to make their own street improvisations 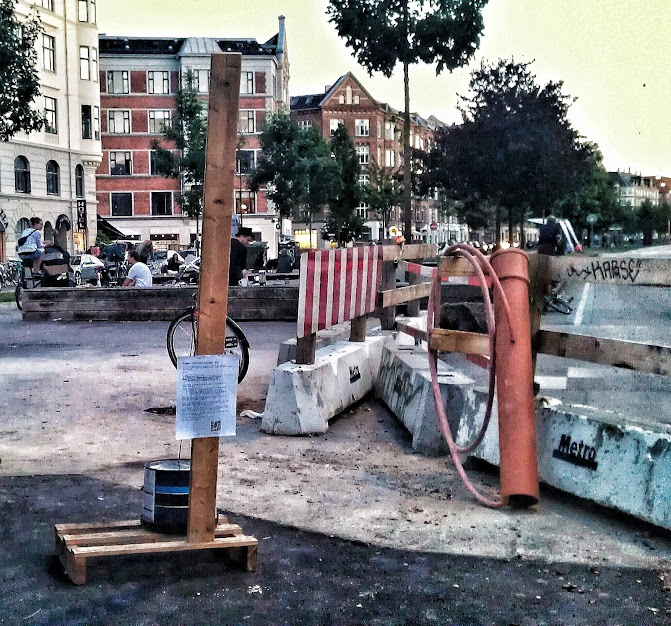 Paint bucket bass and drain-trombone entrusted the passers by

Quotation: Lefebvre about the living disorder of the street